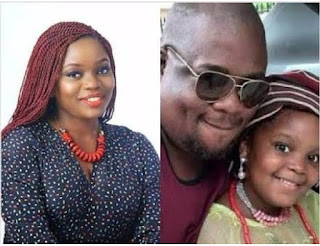 2017 Big Brother Naija housemate, Bisola Aiyeola has just lost the father of her child, Malcolm Olanrewaju to the cold hands of Death at the age of 37.

Untul his death,Malcolm was an artiste manager and promoter.He died at about 8pm yesterday, August 24th after a prolonged battle with an undisclosed ailment.

In his last post on Instagram before his demise, he wrote about to his health condition and some friends were happy  to see that his health was improving.

Malcom and Bisola have a daughter together, Laila.

Many would have thought that an angel actually

The Widows and The Rays of Hope

How Journalists were Attacked by Staff of Fed. University, Oye Ekiti