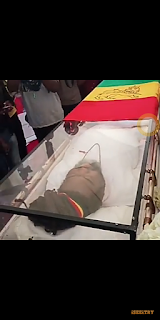 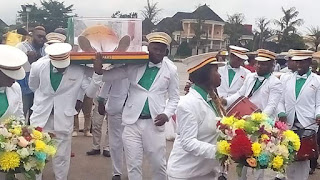 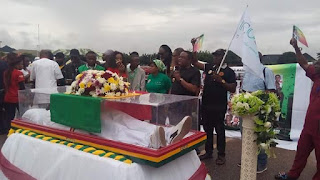 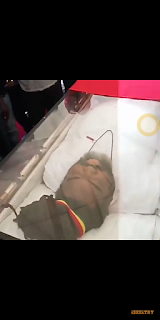 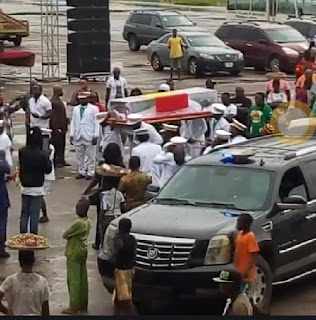 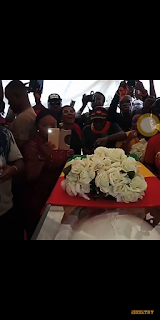 Ras Kimono died on Sunday, June 10, after a brief illness. His remains were conveyed to his home town on Thursday morning after lying-in-state, at the headquarters of Copyright Society of Nigeria, COSON, in Ikeja, Lagos. Kimono’s lying-in-state was preceded by a red-carpet tribute night oragnized by COSON, and  climaxed the week-long funeral programme of the music legend. Sidebeat cornered  the late music icon’s daughter, Oge Kimono who spoke on what she would miss about her father and the bond shared with him. Missing the late music legend My father was my everything; he was my best friend, my partner in crime. He was my gossip partner and also, my adviser. People have always asked me what I would miss most about my dad, and I told them I would miss everything about him. There is no particular thing. Everything about him is what I would miss.  He was true to himself. I’m yet  to see anyone that has negative thing to say about him. All I have been hearing is that he was a good man, he was selfless, humble and dedicated. And that’s exactly what my dad was. He was an open book to everyone. The bond we shared was such that people started suspecting whether I was his daughter or his girlfriend. At a point, we were that close because everywhere  he was going I would accompany him. Growing up with my grandmother Not growing up with my dad did not mean that he was not in my life. Every opportunity, he had  to show me love he used it. He was always visiting me. And I think it was  the best thing any musician would do for his kids; to keep them away from the limelight. To separate business from his family and my dad was one that made sure that every opportunity he had, while performing in the eastern part of the country, he would stop over to see me. That was where the bond I shared with him started deepening. Growing up with  my grand mum, I had the best of everythings. It was sweet memories. At this point, it hasn’t dawned on me that my dad is no more. May be, when everything is over and the sympathisers returned to their homes, the realization would definitely.

Many would have thought that an angel actually

The Widows and The Rays of Hope

How Journalists were Attacked by Staff of Fed. University, Oye Ekiti