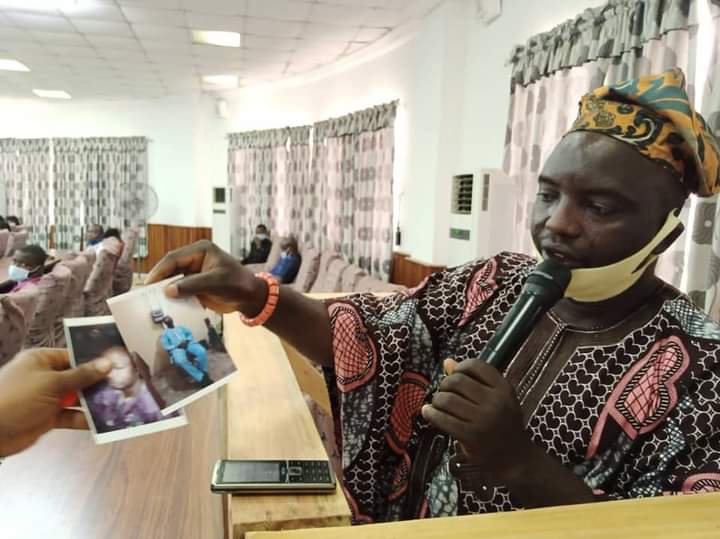 A petitioner, Chief Jelili Adegoke Raheem, has appealed to the members of Osun Judicial Panel of Inquiry on Police Brutality, Human Rights Violations and Related Extra Judicial Killings to prevail on the police to compensate him with a sum of N10million for being beaten to stupor by an overzealous police officer.

Chief Raheem insisted that he would do everything within the law to ensure the erring police officer is punished and that his compensation is paid.

This is even as he urged the Federal Government to support the States in the quest to address matters bordering on police brutality, human rights violations and related extra-judicial killings in the country.

Being led in evidence by his counsel during the hearing of the matter on Friday, the petitioner narrated how he was beaten mercilessly by one Mr. Ezekiel Dayo, a police officer serving in the State on 2nd of October, 2020.

He explained that the incident occurred around 10:00pm when he was exiting a motor-park at Oke-Baale, Osogbo, when the alleged officer furiously walked up to him and started slapping him and beating him for no just cause, an ugly development that led him to the hospital.

Chief Raheem further explained that he lost a sum of N100,000 kept in his vehicle to the incident.

“When I reported the matter at Oke-Baale Police Division and discovered that the erring officer refused to comply with the instructions given to him by the DPO to apologise formally to me, I took the matter to the Commissioner of Police through a letter from my Counsel. But when nothing was done, the matter was taken to Zone 11.

“But it is unfortunate that when I was at Zone 11, the members of the panel assigned to address the matter were requesting for N100,000, a move that I turned down immediately because to me, it was inhuman and unbecoming for someone who had been allegedly brutalised by the police to be asked to pay a bribe to get justice.

“So, I felt disappointed because I never thought of giving a dime to police to get justice for being brutalised unjustly. It is unfortunate that until I brought the matter to this panel, nothing has been done on it.

“As it is, I am demanding for N10million compensation to cushion the effect of all I have lost due to the incident and at the same time, I want the erring police officer to face the wrath of the law so as to serve as a deterrent to others”, he added.

Chief Raheem however appealed to the government not to dissolve the panel after the expiration of its tenure as a lot of complaints would still need to be addressed afterwards.

“I am appealing to our government to sustain this panel after the expiration of its six months in the interest of peace, unity and justice because immediately this panel is dissolved, many hopes would be lost by victims of police brutality,” he stated.